Days of the week in Hindi

Monday: somavāra is the first day of Hindi week. After the holiday of Ravivaar, the week started with Somvaar. The word ‘’Som’’ in Somvaar has different meanings.It has a connection to the word ‘’Soma’’ which is known as Hindu God who is trusted as God of plants and also known as a provider of riches.

On this day of the week, Hindu girls fasts to get a husband who is believed to be like God. The Muslims also fast in Shomvaar to copy the actions of their prophet. ISO also considered this day as the first day of a week.

Tuesday: maṃgalavāra has a positive concept in Hindi culture because the word ‘’Mangal’’ means good. It also has an astrological value. The Hindu astrologers mostly fix this day for any important events like marriage ceremony, opening a new business, the first day of any new job, starting a new car, etc.

The Hindi people use the word ‘’Mangal’’ for a productive or motivational thing. On the other hand, there is a planet in our galaxy named ‘’Mars’’. The Hindi and Bengali translation of the word is ‘’Mangal’ ’. In the Bengali language, it also called Mangalbar.

The 7 Days of the week in Hindi

Wednesday: budhavāra is the third day of the Hindi week. Budhvaar is named based on the word ‘’Budh’ ’. This word came from ‘’Buddhi’ ’.this Hindi word means intelligence. Any person having this virtue called wise and everyone likes him. This day is also inspired by the name of their god.

Budh is the character of puranic Veda who was a sage as well as a god. His other name is ‘’Soummo’’. This day is also as same as the name of Bengali. We have another planet in our galaxy named Mercury which is called ‘’Budh’’ in Hindi and Bangla.

Thursday: guruvāra, the word ‘’Guru’’ refers to the leader of any community in Hindi. The Hindustani people call their teacher, guide, or master a guru but this word mainly used for their spiritual guide. In the Hindu region, people call this day ‘’Brihaspativaar’’ which is named after a Vedic sage.

There is a temple of this Vedic sage in Banaras of India. The Jupiter planet is called Brihaspati in Hindi and Bengali. Because of the reason that the word ‘’Guruvaar’’ is easier to say than Brihaspati, the people of India mostly use this word. Brihaspativar is used by the formal Hindu people.it is also used in written language. People use this word for announcement and invitation.

Friday: śukravāra The word ‘’Sukra’’ has an adjective meaning. It means extremely shining or lucent. It is the name of the planet Venus. In Hindu culture, we find another sage named Sukrachariya. In Hindu mythology, it is believed that Sukrachariya is the regent of planet Venus.

Hindu people believed that all the demons are leaving still now in the Venus. Muslims called this day Jumma. It is highly respected by Muslims. It is a holiday in all Muslim countries but in India, this day has no charm. All the students and office goers have to go to their destination.

Indian Muslims have to suffer for this reason because they have to perform their Jumma prayer and there is no holiday. In Bangladesh, it is also called Sukrabaar. Though the Bangladeshi government declared this as a holiday, the name of this day is Sukrabaar, not Jummabaar.

All Days of the week in Hindi

Saturday: śanivāra comes after Sukravaar. In India, it is the sixth day of the week which is also on the international stage. In the religion related to Abraham such as Islam, Christian, and Judaism sanivar is the sixth day of the week. In some countries of the world, this day is considered the second national holiday, especially in Bangladesh. But in India, it is a busy day for all government employees.

Even the schools are also run at full speed. Sanivaar is related to Hinduism and astrology. In our galaxy, the planet Saturn is named by this day which is the symbol of ‘’Mokor’ ’and ‘’Kumv’’ manifestations. In Hindu astrology, this planet has a huge effect on our regular life.

There are many processes in their mythology to control the bad effect of Sani. In Hindu Puran, there is a God named Sani who is the controller of all good and bad things. The Hindi people considered this day as an inauspicious day. They ignore this day for them any kind of special work.

They think if they start any work in sanivaar it may be abortive. There are many prejudices in the subcontinent around sanivaar. Some people think in sanivaar the wraith hang around the earth so they arrange special worship in the day.

Days of the Week in Hindi

Sunday: Ravivāra is the special day for Hindi people.it is a big holiday for them. All the government offices, schools, colleges remain closed on this day. People enjoy the day most in India. This day becomes the holiday by the effect of Christians. In most western countries it is considered a national holiday. It is for the weekend.

Days of the Week in Hindi

At last, we can say that the days of the week in Hindi came from various sources .it is related to the old history of Hindus. The formal scholar (pandits) of Hindu Puran are mainly the inventor of the names of the weekdays. It is really interesting. It also has a huge educative value. 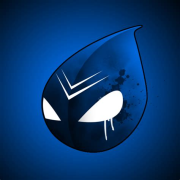 A lawyer is a 'legal practitioner' who is an advocate, barrister, attorney, solicitor or legal adviser. Lawyers work primarily to solve the legal problems of individuals or organizations through the practical application of theoretical aspects of the law.
Leave a Reply